Professor Jacobi received his B.S. degree in Chemistry in 1967 from the University of New Hampshire, and his Ph.D. in Organic Chemistry in 1973 from Princeton University (E.C. Taylor). After spending two years at Harvard as a Postdoctoral Fellow (R.B. Woodward), he joined the faculty of Wesleyan University in 1975. In 1993 he was named the John Wesley Beach Professor of Chemistry. In the fall of 1997 he moved from Wesleyan to Dartmouth, where in 2004 he was appointed the New Hampshire Professor of Chemistry (2004-13). Dr. Jacobi has been the recipient of the American Cyanamide Company Award for “Advancement of the Art and Science of Synthesis” (1985); the Connecticut Valley ACS Award for “Outstanding Contributions to Chemistry” (1988); and the Caleb T. Winchester Award for “Excellence as a Scholar-Teacher” (1996).  In 2010 he was elected as a Fellow of the American Chemical Society. 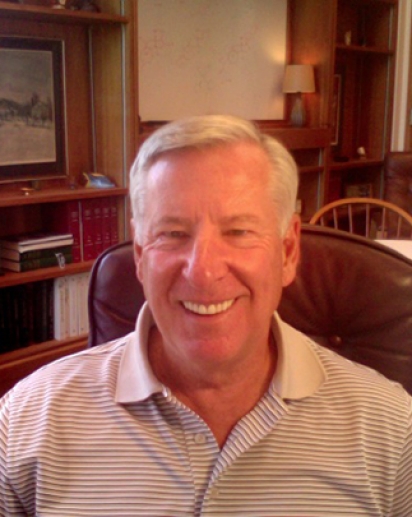 Research in the Jacobi group focuses on three areas of organic chemistry: (1) mechanistic theory, providing a detailed analysis of how reactions occur; (2) synthetic methodology, developing new reactions and procedures for synthesizing organic molecules; and (3) the synthesis of complex molecules of either natural or unnatural origin. This last area is often the most challenging and serves as a measure of our understanding of the science. To date we have carried out total syntheses of over thirty natural products, many of which have interesting biological activity. Representative examples include saxitoxin (1), the paralytic agent of the so-called "red tide" that is used to study certain nerve disorders; gnididione (2), a member of the guaiane family of furanosesquiterpenes; juncusol (3), an antimicrobial-cytotoxic agent with an unusual dihydrophenanthrene skeleton; and numerous oxygenated sesquiterpenes and alkaloids, including stemoamide (4).

In ongoing studies we are exploring enantioselective syntheses of pentynoic acids of general structure 5. Acids 5 are versatile synthetic intermediates that we have used to prepare biologically important lactones such as nephrosteranic acid (6), carbapenem antibiotics including thienamycin (7), and members of the hydroporphyrin (8) class of macrocyclic tetrapyrroles. Species of type 8 are of interest as chromophores in tumor photodynamic therapy (PDT), wherein malignant tissue is eradicated by photostimulated production of singlet oxygen.

We also applied this chemistry to the first enantioselective synthesis of phytochrome (9), the photoreceptor that controls photomorphogenesis in higher plants. This is the process by which light transmits vital information to a plant cell’s genetic apparatus (transduction). Employing labeled 9 we are studying the mechanism of photomorphogenesis in collaboration with groups at UCal Davis and Berkeley. In other tetrapyrrole projects we are well along in our syntheses of tolyporphin A (10) and cobyric acid (11). Tolyporphin A (10) is a member of the bacteriochlorin class of tetrapyrroles that has promising activity as an agent for reversing multi-drug resistance (MDR). Cobyric Acid (11) is the corrin core of vitamin B12.

Finally, we are developing new synthetic methodology applicable to the furanosteroid class of natural products, including wortmannin (13) and viridin (14). These materials are of interest due to their ability to selectively block certain intracellular signaling pathways, in particular those associated with cell growth and development. As such they have potential as new therapeutic agents for diseases that are characterized by rapid cell proliferation, including cancer.